Is Epilepsy A Disability?

When is epilepsy considered a disability? Epilepsy comes in many forms. Some more severe than others. According to The Equality Act 2010: “You’re disabled under the Equality Act 2010 if you have a physical or mental impairment that has a ‘substantial’ and ‘long-term’ negative effect on your ability to do normal daily activities.” The Equality Act 2010 aims to ensure all people are treated fairly and not discriminated against. This applies to employment, school and learning, and accessing services.

We are sharing a personal account from a member of our own team. Barbara’s working life began before The Equality Act was passed. Barbara suffers from epilepsy and wanted to share her story about how it has affected her working life.

Diversity and Inclusion. These two words mean a lot to me and I wish that 47 years ago it had meant something to employers. Sadly in my experience it meant nothing. I suffer from Epilepsy, an invisible disability yet it certainly becomes incredibly visible when you have a seizure.

I was diagnosed with epilepsy (petit mal with grand mal fits) at the age of 17. Albeit I’d been having fits since I was 11. This coincided with the removal of my appendix. Things were very different back in the 60’s. So there I am, a 17 year old wanting to be one of the crowd. However I didn’t feel I could be. I wanted a Saturday job, to drive a car, to go out with my friends without my (fabulous) parents keeping a beady eye on me constantly. These things, which may seem normal to a lot of people, were out of reach for me.

Telling The Truth About My Epilepsy To Potential Employers

The job was the most important issue. The need to earn my own money was strong. I wanted my independence to buy those Levis or the new Cat Stevens album. I walked around my hometown going into every shop and everyone asked, was I healthy? Being honest, I felt I had no option but to tell the truth. When I told potential employers I suffered from epilepsy, the response was a resounding no. They couldn’t risk me having a fit (as they were known then) in front of people. I felt so deflated. I felt like the odd one out and I was.

Lying About My Epilepsy Got Me A Job

Not to be deterred I changed tactics. When looking for a role, I lied. I said I had no health issues. What a difference, 4 offers of jobs. I was so excited. And so I started working on a Saturday at a well-known shoe shop and then the worst happened. I had a seizure whilst working. Subsequently, I was hauled off to hospital (and had no memory of it) to be popped in a corner as there was nothing they could do. My parents collected me. They then had to break the news to me that I had been sacked from my role. I was sacked for not being honest and also as their customers did not want to see a member of staff having a seizure.

From a confident and outgoing teenager, I became angry and hurt. I had no understanding why my disability should prevent me from working. I wanted to be a children’s nurse. Sadly however due to my epilepsy I was not allowed. Nothing else at the time was good enough. It was really hard.

Finally An Employer Who Understood

It took me until I was 21 to find a permanent job with a company that had faith in me, despite my epilepsy. The company was ‘Clinique’ part of the Estee Lauder Group. I remember like it was yesterday them saying it was about me, not my epilepsy. Luckily I generally knew when I was going to have a seizure. I would just tell my manager, no more ambulances and hospitals.

I did not stay there forever but they gave me my confidence back. A determination to fight the discrimination against disabilities. Most of all, be proud of who I was, epilepsy and all.

Sadly as a country we had to wait until 2010 for the Equality Act. I was 54, already having battled most of my working life through discrimination. Life wasn’t all bad though, I have three fantastic children despite being told not to have any.

A Message About Inclusion To Employers

My message to employers is this. Remember, there are so many invisible disabilities and people have a right to be included in the workplace without judgment. These are strong and talented people who want a chance to have a successful career, a job they love and to be part of the team. They don’t want sympathy, they want your understanding.

Hence why flexible working is the way forward, it is the future of work. If an employee needs a different way or place to work, this should be discussed without judgment or prejudice. By embracing inclusion every employer has a lot to gain. Every disabled person has something to offer, they don’t let their disability get in their way, especially when it’s so easy these days to find disability insurance from a website like this, so don’t let employment discrimination stop them either.

Be kind, you never know what people are going through.

Thank you Barbara for sharing your story. I’m sure many can relate when it comes to being honest about health issues with potential employers.

Diversity and Inclusion are two key components of our values here at The Find Your Flex Group. We firmly believe that flexible working and an inclusive work culture not only encourages but drives diversity. The benefits of diversity are numerous. For example higher retention rates, a bigger talent pool to recruit from, increased innovation not to mention the benefits for the individuals.

For further advice about living with epilepsy and employment: 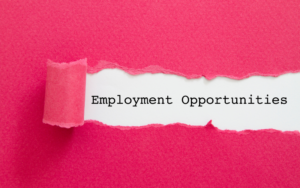 Find Your Flex Update Their Values And Mission Statement

What Matters To The Team When company values were recently discussed amongst the team at Find Your Flex, it was a unanimous conclusion. It’s the 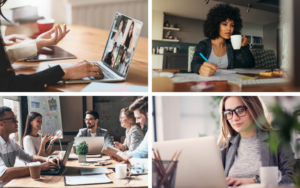 Flexible Working In Business: Adapt To Survive The year 2020 brought unprecedented challenges to our personal and professional lives. The ongoing crisis has also tested