The four day week has been touted as the “new better” for the way we work and is gaining widespread traction as a consequence of the game-changing coronavirus pandemic. A FindYourFlex survey found that 72% of respondents would welcome a four day week to turbocharge the economy with 28% against. But what does this actually entail?

What Does A 4 Day Week Mean?

There are various forms of four day week. So, the FndYourFlex Survey further asked what kind of 4 day week people preferred.

A universal Monday to Thursday is unrealistic as we want to visit shops, museums, sporting venues and restaurants every day of the week, and care homes and emergency services operate round-the-clock. But the idea is that people can work differently outside the traditional norm.

Why Adopt A Shorter Week?

A truncated week is cited as offering a number of advantages as it may:

How Controversial Is A Shorter Week?

Objections are raised against four day patterns of whatever ilk. Flex requests have been refused for myriad reasons such as impractical personnel changes, higher costs, downgraded business performance, lower customer service, and/or the need for continuity over five days.

But it is the 32 hour week, do-four-get-five, that is stirring particular controversy. Surely it is counter-intuitive to pay someone more for working fewer hours? Yet many of us are already paid to go on holiday through remunerated annual leave. The state offers statutory parental entitlements, sometimes topped up generously by employers, essentially paying people to look after their own children for a while. This is done because there are acknowledged social and health benefits that outweigh the pure economic expense. The ask of the 32 hour week is to push this concept one step further.

The battleground of the 32 hour week is the possible price tag associated with it. The NHS is often mentioned as a problematic situation. If you pay a nurse for five days instead of four, you must hire more staff since people are ill every day. The Conservative Party claims that the costs to the NHS would swell by £6.1 billion a year. Others assert that the NHS is a special case and not the yardstick by which to judge all sectors.

Autonomy, a non-profit organisation, has stated that the cost of the 32 hour week is lower, as bald headline figures fail to factor in the gains from beneficial features such as reduced medical absence. As the Health and Safety Executive has estimated 57% of sick days are due to work-related stress, anxiety and depression, this is not to be ignored lightly. The difficulty is that several of the advantages, outlined earlier in this article, are not easy to quantify and are contentiously debated by those who champion one assessment methodology over another.

The part-time and compressed four day weeks, whilst not as widespread as they could be, are progressively being offered. However, even the most ardent proponents of the 32 hours option admit that adjustments will be incremental rather than an overnight phenomenon. There are likely to be a plethora of trial runs, setbacks and resistance. It may also not be viable in every instance.

But it is worth remembering that changes that were initially seen as radical are accepted as standard practice. The 5 day week was once novel, annual leave was viewed as rewarding indolence, and maternity leave was regarded as an unnecessary self-indulgence. Now we expect these benefits. There is the potential to herald in a whole new future. 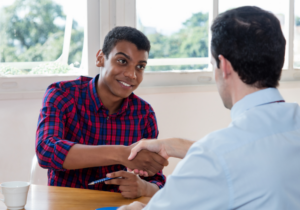 The Apprenticeship Route: Why it is a smart choice

The Apprenticeship route is a path to employment that has been around for decades. Despite many positive attributes, apprenticeships have almost become a second class 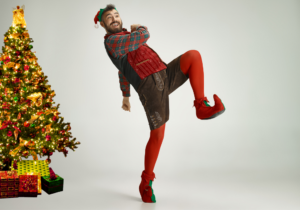 The Coolest, Weirdest & Most Christmassy Jobs Ever

2020 has seen mass unemployment, the introduction of the word furlough to our dictionary and the boom in flexible and remote working opportunities. The year